Is aloe vera the holy grail? 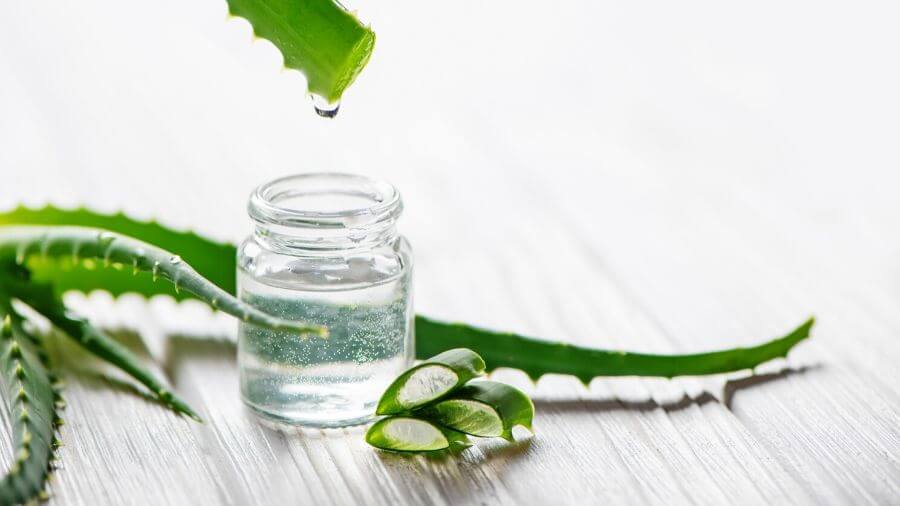 Aloe vera has been touted as a miracle plant for a long time–like really, really long time. An article in the Indian Journal of Dermatology points out that it has been used for at least 2,000 years when Greek scientists considered it the universal panacea for all that ails you.

That powerful belief in Aloe is still around today. If you don’t believe us, start checking the ingredient lists on things in your house, from dish soap to your favorite mascara. Aloe vera, or Aloe barbadensis miller, is everywhere. But, is this plant really all it’s cracked up to be, and should it really be in so many products?

Let’s wade through the claims and look for the truth about the longstanding love affair people have with Aloe vera.

While this is what you hear most often, believe it or not, there’s really not a lot of science behind the efficacy of Aloe vera and burns. A review of the database of studies on Aloe vera and first and second-degree burns found that there was evidence that it does help speed healing. But again, the authors were quick to point out that there’s not a lot of research in this area.

You’ll often hear that Aloe vera is a calming agent and can soothe irritated skin and help with itching. There is some truth in this, and it does help many people, but there’s no definitive answer.

Dry skin often itches and, since Aloe is largely made of water, it’s incredibly moisturizing. If this is the situation, it can provide instant relief of itching. There have also been reports of Aloe helping people with eczema and contact dermatitis overcome their itching. 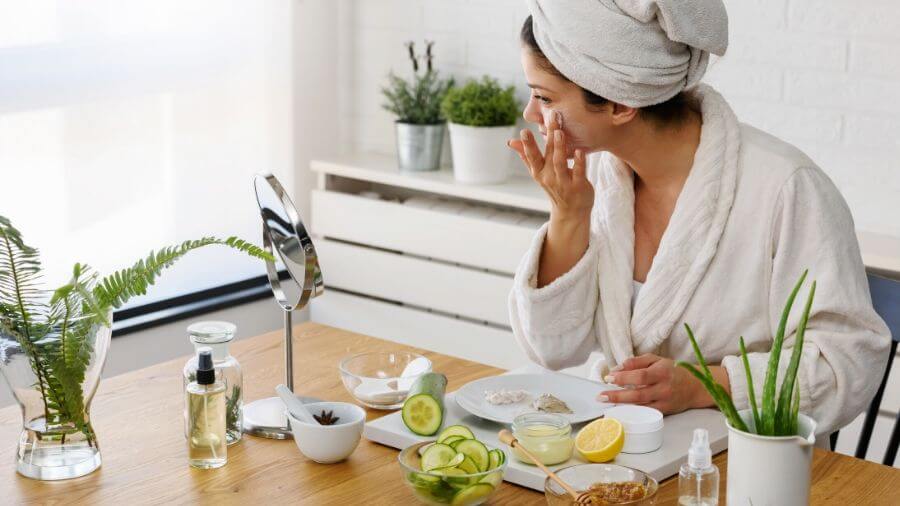 The interesting thing is that you can be allergic to Aloe vera, so just using this plant could cause itching. If you’re one of those people who are allergic, you should avoid Aloe for any use.

The inner gel of the Aloe leaf is about 99% water, and the rest is glucomannans, amino acids, lipids, sterols, and vitamins. That means it’s loaded with moisture and an incredible way to deliver moisture to the skin. It also has a few other nutrients your body finds beneficial.

One study found that Aloe, combined with acne-fighting medication, did boost the effectiveness of the medication, but there has been nothing that proves Aloe alone can treat acne.

That said, Aloe does have antibacterial properties, and the bacteria propionibacteria acnes plays a role in acne, so it could possibly play a more significant role in the prevention and the clearing up of pimples.

Aloe vera juice or drinks are becoming very trendy, and there are a lot of health benefits tied to ingesting Aloe vera. Again, many of these health benefits haven’t been studied, so they’re not proven, but they’re based on the knowledge that Aloe is an anti-inflammatory and has antibacterial properties.

One thing that has been studied is the toxicity of Aloe vera. Don’t get too scared, it’s not as bad as it seems.

If you’ve heard of Proposition 65 in California, then you know it’s designed to protect the state’s drinking water from known toxic chemicals. Aloe vera is on that list, but it’s not the gel of Aloe vera. In the list, it’s specifically called “non-decolorized whole leaf Aloe vera.” This references the whole leaf (not the gel), which is where you can find aloin.

Studies found that aloin causes cancer in rats when ingested, but not when used topically, and not when the outer, green layers are removed. Where this becomes significant is when people are trying to create Aloe drinks on their own at home using the entire leaf.

If you want to try Aloe drinks to see if you can reap health benefits, it’s best to simply purchase commercial Aloe juice or other beverages with Aloe added to them.

All of the benefits of Aloe, in one easy bundle

There’s never been an easier time to experience the benefits of Aloe for your hair, skin, and overall health. Simple Beauty makes it easy for you by incorporating this natural remedy into their clean formulas.

The Purifying Cleanser, Fine Line Eye Serum, and Age-Defying Moisturizer all work together in one Simple Beauty Trio. The Aloe vera leaf juice works as a hydrating base to deep cleanse, revive, and replenish the moisture in your skin without using chemicals that can harm your skin in the long run.

The Aloe works with the cleanser to comfort and enhance the supple appearance of soft skin, and it works with the serum to help nourish and hydrate the skin around and underneath the eyes. The Aloe in the moisturizer works with retinol and peptides to refreshen your skin, giving it a soft, youthful-looking appearance.

To put it simply

While Aloe vera has been seen as a cure-all for thousands of years, it hasn’t been studied much by modern scientists. Most of the evidence behind its benefits are anecdotal and will remain so until more studies have been done. This doesn’t mean it’s not fantastic for your skin, it just means a little more science behind it would add support to the claims.

The good news is that the gel from the Aloe vera plant is totally safe for most people to use topically or to ingest. There is the off-chance that you might be allergic to it, so it’s always best to try a spot test before lathering up or guzzling down.

The things to be wary of are the green layers of an Aloe plant. Even then, you only need to be worried about ingesting it. Handing it and even using it as a topical agent is totally fine.